Enter the temple beautiful! The house not made with hands!
Rain-washed and green, wind-swept and clean,
Beneath the blue it stands,
And no cathedral anywhere
Seemeth so holy or so fair.

In 2002 I inscribed this poem on to a piece of wood and laid it at the entrance of a circle made by my family and friends on a beach on Magnetic Island off the coast of Townsville in Far North Queensland. It was the day Fi and I were married.

Today I think of this poem as I step outside with Fi and take the first steps on an almost 900km journey from St Jean Pied de Port in France to the ocean at Finisterra in Spain.

I woke up very early this morning and was deeply moved  with the realisation today I will be answering a soul calling to join the river of humanity that has walked this route way back through time. The river only exists when it’s moving and today we are joining it, becoming part of it.

We set off at 6.30am taking the first steps together, through the old town and out past the town walls. Then we start going up. This first day takes us over the Pyrenees and is considered the toughest day of the entire journey. 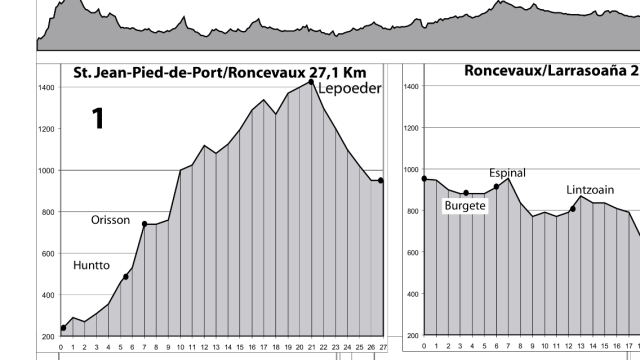 It was steep! It was really steep! 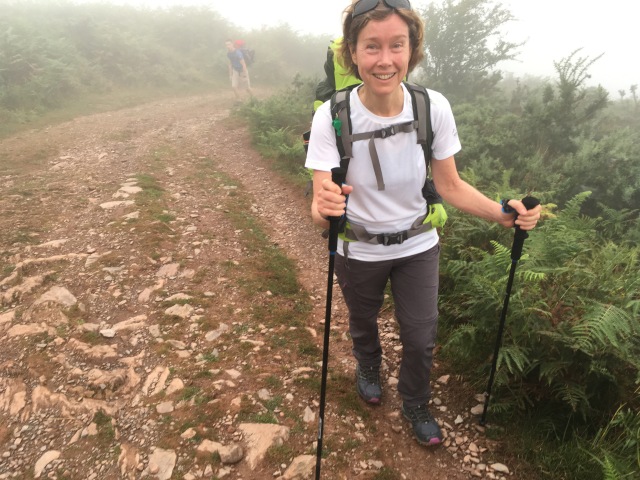 After 2 1/4 hours we reached Orrison at the 8km mark, where we were told was the last place to get water and food. 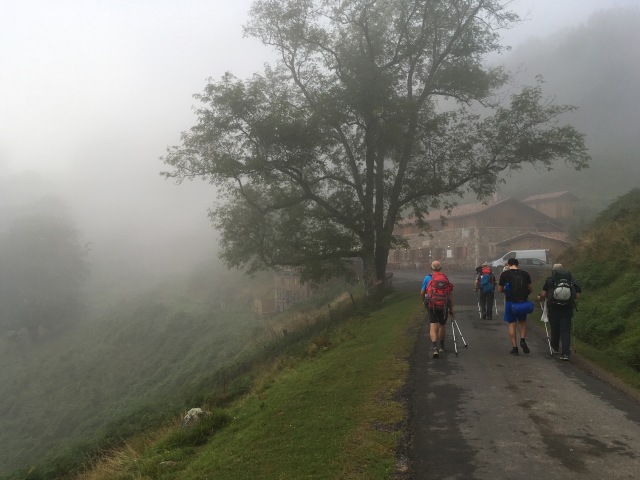 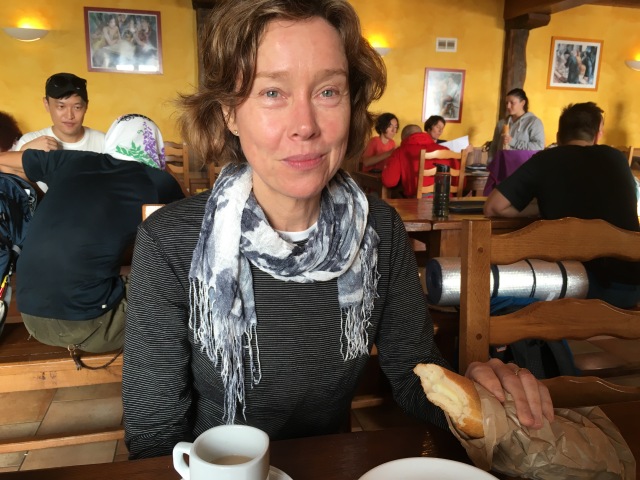 We had a nice cheese sandwich and a lovely cup of tea and set off for the summit at 1400 meters. 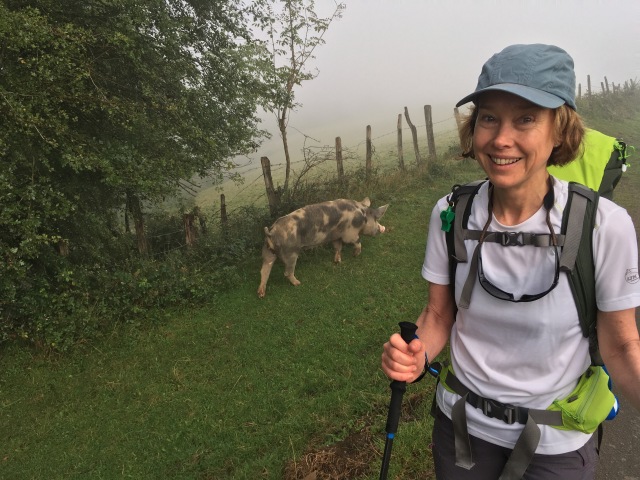 We were soon in the clouds, the wind picked up and it got cold. Visibility was at around 30m. Just before we went off road on the track to the summit we came across a white van selling hot drinks so we had a welcome cuppa! 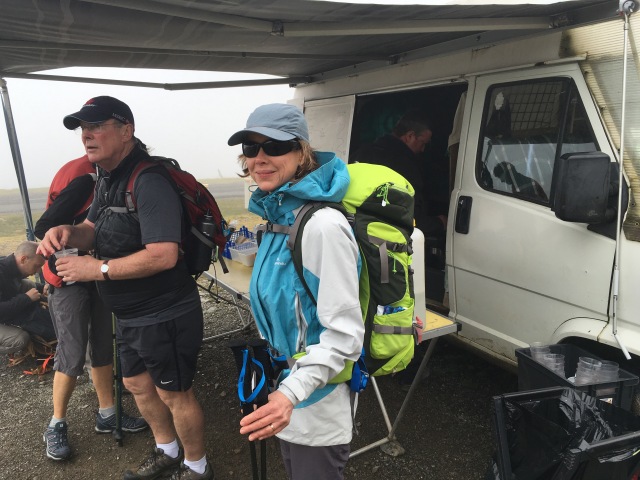 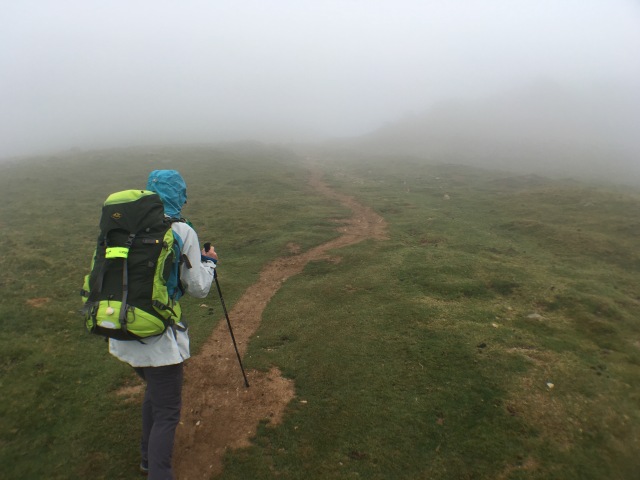 Once we passed the summit the wind dropped and visibility improved. We carried on along a ridge for a while and then started  to descend. 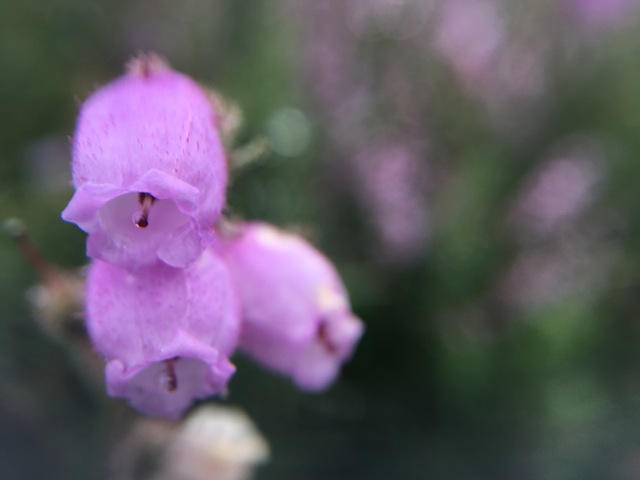 The hills on the Spanish side were covered in heather

We went down some really steep parts and then through a forest until we finally reached Roncesvalles. 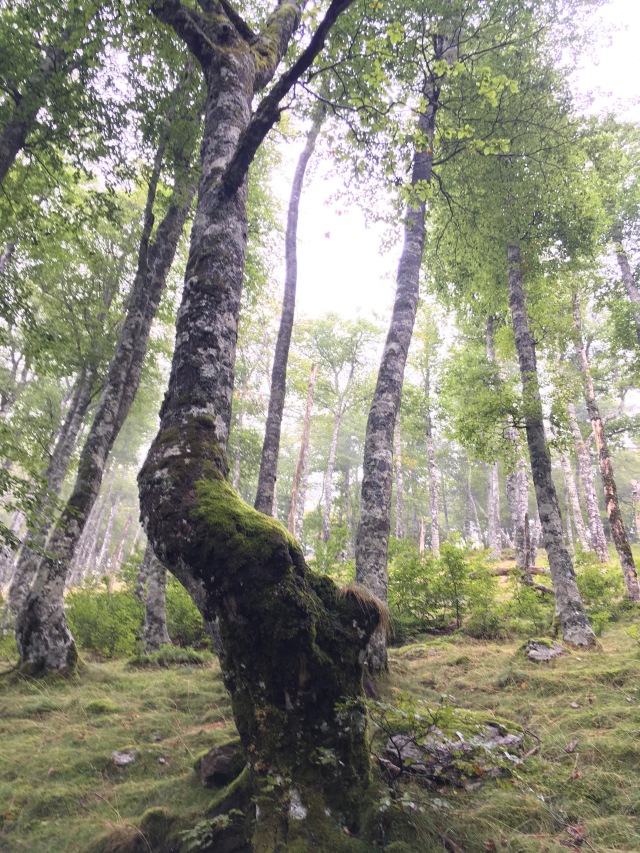 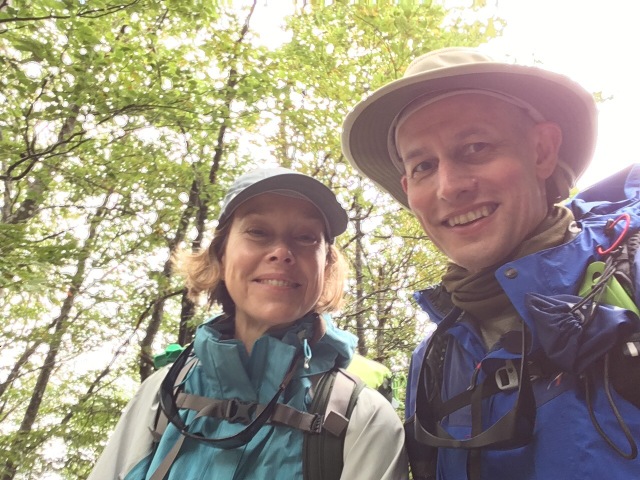 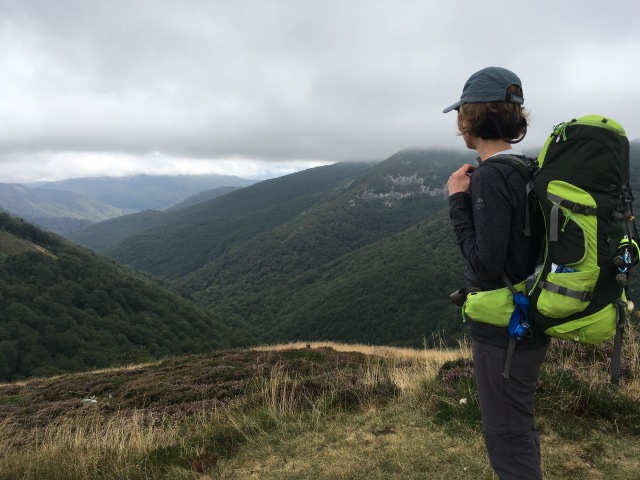 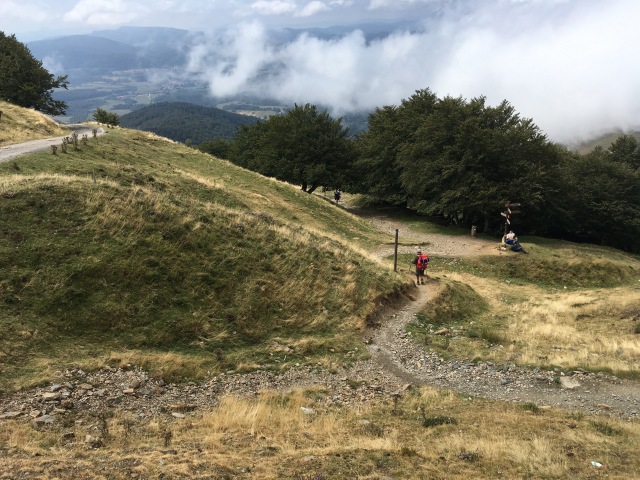 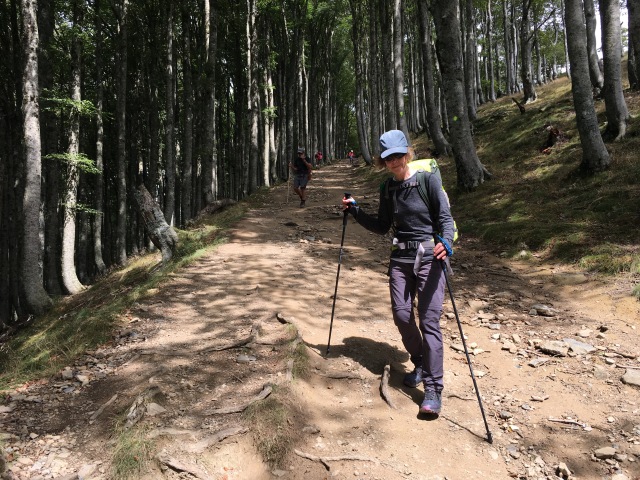 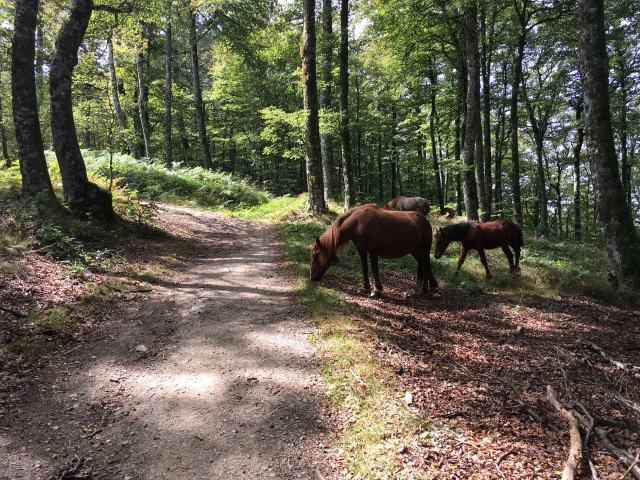 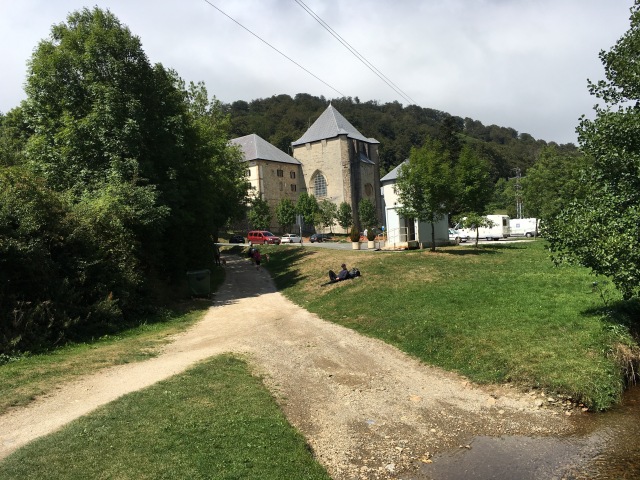 It took us 8 1/4 hours to get here and we had aching muscles but we made it.

3 Responses to The First Step

This site uses Akismet to reduce spam. Learn how your comment data is processed.